You are here: Home / ALLOWANCE / Air Travel is Allowed for CG Employees from Level 6 and Above 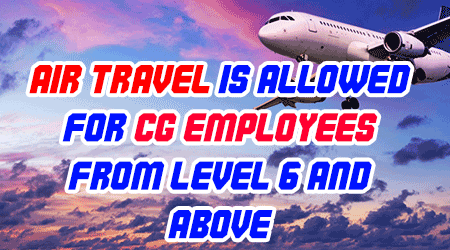