You are here: Home / New Pension Scheme / Guidelines for Partial Withdrawal in NPS and Application Format

SUBJECT: GUIDELINES ON PROCESS TO BE FOLLOWED BY SUBSCRIBERS AND NODAL OFFICE/ POP/AGGREGATOR FOR PROCESSING OF PARTIAL  WITHDRAWAL REQUEST

A partial withdrawal of accumulated pension wealth of the subscriber. not exceeding twenty-five per cent of the contributions made by the subscriber and excluding contribution made by employer, if any, at any time before exit from National Pension System subject to the terms and conditions, purpose, frequency and limits specified below: –
(A) purpose:

A subscriber on the date of submission of the withdrawal form. shall be permitted to withdraw not exceeding twenty-five percent of the contributions made by such subscriber to his individual pension account, for any of the following purposes only: –

a) For Higher education of his or her children including a legally adopted child. –

b) For the marriage of his or her children, including a legally adopted child:

d) for treatment of specified illnesses: if the subscriber, his legally wedded spouse. children, including a legally adopted child or dependent parents suffer from any specified illness. which shall comprise of hospitalization and treatment in respect of the following diseases:

The permitted withdrawal shall be allowed only if the following eligibility criteria and limit for availing the benefit are complied with by the subscriber: –

(b) The subscriber shall ba permitted to withdraw accumulations not exceeding twenty- five per cent of the contributions made by him or her and standing to his or her credit in his or her individual pension account, as on the date of application for withdrawal;

At the time of Superannuation/premature/death the amount withdrawn under partial withdrawal till date will be adjusted against the payment Of lump sum amount and balance if any win be paid to subscriber. 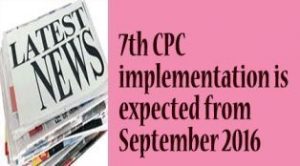