You are here: Home / 7TH PAY COMMISSION / Promotional avenues for Central government staffs as 30% of employees to retire in next ten years

The data provided in the 7th CPC report suggests that higher Promotional avenues will be available in next ten years since 26 to 29 Percentage of Central Government employees are at the verge of Retirement. The statistics about age profile reveals that the Government servants in the age group of 50 to 60 is higher percentage than other age Group of 20-30, 30-40 and 40-50. So obviously there will be bright chances for those who are waiting to replace the seniors in Promotional Grades 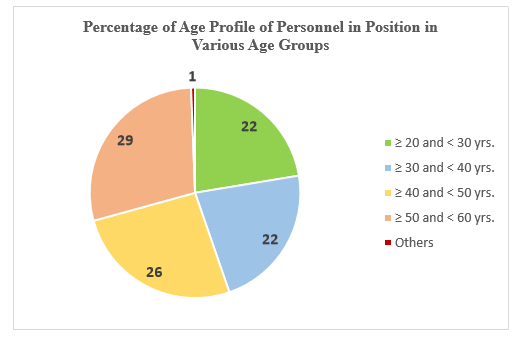 3.60 Table 8 brings out the position in this regard amongst the largest ministries/departments. 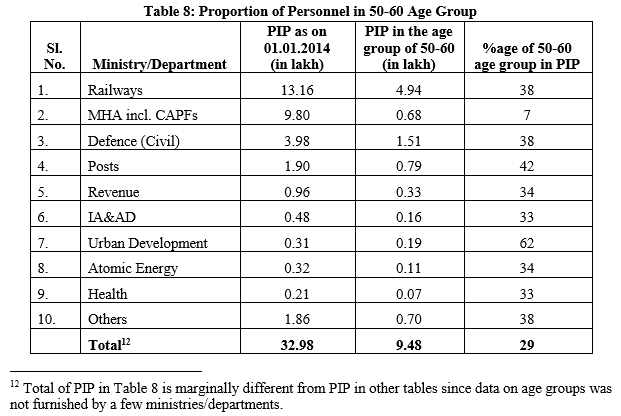 3.61 Data provided to the Commission indicates an unusually large percentage of personnel in the 50-60 years age group in certain ministries/departments- 75 percent in Textiles, 64 percent in Coal, 62 percent in Urban Development, 60 percent in Petroleum and Natural Gas, 57 percent in Science and Technology, 56 percent in Heavy Industry, 52 percent in New and Renewable Energy, 51 percent in AYUSH and 50 percent in Power. This is a ready pointer to the number of retirements that would take place in the next ten years.

3.63 The Commission notes that losing experienced high level personnel entails unquantifiable costs as new recruits will require training and on the job skills. At the same time it presents ministries/departments the opportunity to align their personnel requirement in line with their current and future challenges.