Report of the Committee on 7th CPC Allowances

As requested by Staff Side National Council JCM , the report of 7th CPC Allowance Committee is published by Finance Ministry , Department of Expenditure in its official website today. Though the allowance were implemented with effect from 1-7-2017, the report will however help us to know the deliberations and the recommendations of the committee on Allowances.

Report of the Committee on Allowances

Government of India, vide OM No.11-1/2016-IC dated 23rd July 2016 constituted a Committee under the Chairmanship of Finance Secretary & Secretary (Expenditure) and Secretaries of Home Affairs, Defence, Health & Family Welfare, Personnel & Training, Posts and Chariman, Railway Board as Members to examine the recommendations of the 7th CPC on Allowances.

The Committee acknowledges the assistance provided by Shri R.K.Chaturvedi Joint Secretary (IC) and his team, Shri P.K.Das, Additional Secretary (Expenditure) who headed the Group of Officers and the members of his group, the representatives of Departments / Ministries, Services and Staff Associations in finalizing the Report.

The Committee, after due deliberations, submits its report on 27th April, 2017. 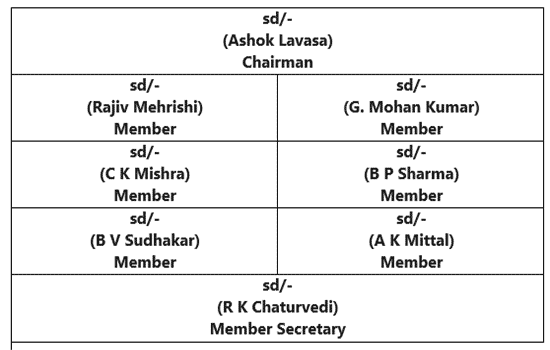