(ii) In the ‘Vertical Range’, each step denotes ‘pay progression’ within that level, and indicates the steps of annual financial progression of three percent in each level, corresponding to one increment. Movement along vertical range arises due to sanction of annual increment or grant of Selection
Grade/Special Grade / stagnation / bonus increment.

FITMENT AND FIXATION OF PAY : 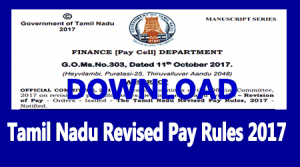 7. Fitment factor of 2.57 shall be applied uniformly to all employees while fixing pay of existing employees in the pay matrix, irrespective of their present grade pays or corresponding new levels. Pay plus grade pay of an employee at any level as on 1-1-2016 (Pay in the Pay Band + Grade Pay) shall be multiplied by a factor of 2.57 for the purpose of fixing the pay in the pay matrix.

OPTION FOR THE DATE OF MIGRATION TO THE REVISED PAY STRUCTURE:

8. Every existing employee shall be permitted to determine his date of migration to the revised pay structure by choosing any of the following options:

(a) to migrate to the revised pay structure with effect from 1st January 2016; or

(b) to continue in the existing pay structure until the date when his/her next or any subsequent increment falls due or until he/she vacates his/her post or ceases to draw pay in that pay structure and migrate to revised pay structure on such date; or

(c) to migrate to revised pay structure from the date of promotion between 1-1-2016 and the date when the Tamil
Nadu Revised Pay Rules, 2017 are notified.

FIXATION OF PAY AND INCREMENTS IN THE REVISED PAY STRUCTURE:

9. The fixation of pay and increments in the revised pay structure shall be governed by the Tamil Nadu Revised Pay Rules, 2017 appended with this order.

Now, all Central Government pensioners may submit Life Certificate till 31st December, 2021. During this extended period, the pension will be continued to be paid by the Pension Disbursing Authorities (PDAs) uninterrupted

The Department of Pension & Pensioners’ Welfare (DP&PW) had issued a list of documents to be submitted by the family pensioners (spouse/family member, whose name is included in the PPO)

It has been decided to extend the period of repayment of LTC advance taken by such Government servants till 30.11.2021, instead of 28.02.2021 or till such time the amount placed in ‘credit shell’ is utilised by the Government servant to perform LTC journey, whichever is earlier

CPAO asked all Pr. CCAs / CCAs / CAs / AGs / Administrators of UTs without legislature to issue directions to the concerned Pay & Accounts Offices to use the utility developed by CPAO for processing commutation of pension cases

Air India Revised the LTC fare with immediate effect till 30 September 2022. The List of fare Updated as on 16 NOV 2021 is provided below.