You are here: Home / Ministry of Labour / Amendment in Payment of wages act 1936 to increase the wage limit 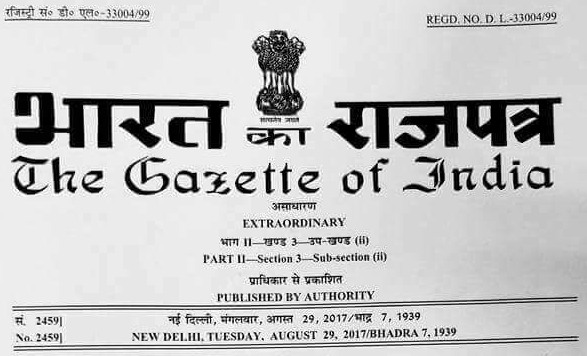 MINISTRY OF LABOUR AND EMPLOYMENT

S.O. 2806(E) – In exercise of the powers conferred by sub-section (6) of section I of the Payment of Wages Act, 1936 (4 of 1936), the Central Government, on the basis of figures of the Consumer Expenditure Survey published by the National Sample Survey Organization, hereby specifies rupees twenty four thousand per month as the wages under said sub-section (6).

Under sub-section (6) of section 1 of the Payment of Wages Act, 1936 the Central Government is empowered to enhance the wage-limit for applicability of the Act, after every five years, on the basis of the Index of Consumer Expenditure Survey brought out by the National Sample Survey Office of Ministry of Statistics Programme Implementation, by notification in the Office Gazette.

“6.All wages shall be paid in current coin or currency notes or by cheque or by crediting the wages in the bank account of the employee: