You are here: Home / DEARNESS ALLOWANCE / DA from July is now become predictable by AICPIN for May 2017

As Labour Bureau released AICPIN for the Month of May 2017 , the DA from July is now become predictable. The Consumer Price Index Number for Industrial Workers increased by 1 Point and pegged at 278. There is one more month AICPIN Number to be released to know the exact rate of DA from July 2017.

But these 11 Months AICPIN suggests that the DA from July will be enhanced by 1%.  Because to get 2% increase we need 5 AICPIN points from the Month of June 2017. The  current trend of CPI index indicates there will be no chance to get 5 Point increase in AICPIN from the month of June. Therefore it is so obvious that Dearness Allowance  from July 2017 will stick into 1% hike only . The Total DA to be  Paid from July 2017 will be 5%. 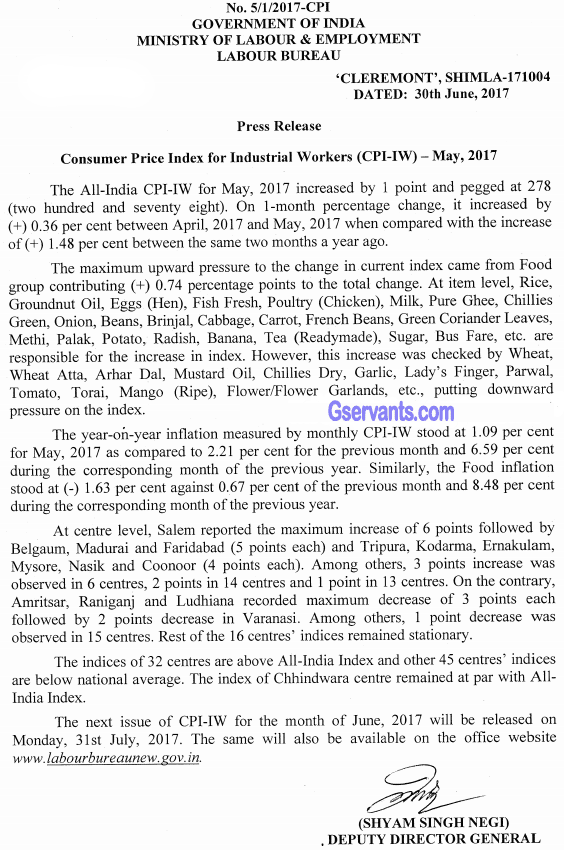