LABOUR BUREAU, MINISTRY OF LABOUR & EMPLOYMENT has released the All India Consumer Price Index for Industrial employees for the Month of December 2015 on 29th January 2016. The All-India CPI-IW for December, 2015 decreased by 1 point and pegged at 269. However, this month AICPIN most eagerly expected by all the central government employees. Because this is the Final month of last 12 Months AICPIN to determine the Dearness Allowance to be paid from January 2016

Since the AICPIN for December 2015 came down by one point to 269 from the previous months 270 points, affected the DA rate reaching 126 %. It is expected that AICPIN for the Month of December will increase by 2 points and peg at 272 points. In that case, the average 12 months AICPIN will be 261.66. If this average applied in the formula to calculate the DA , the DA from January 2016 will be 126.04 with the increase of six percentage . Since December AICPIN decreased by 1 points the average AICPIN for the past 12 Months stands at 261.41 and this is the factor which restricted the DA rate with 5% increase.

According to the prescribed formula to calculate the percentage of DA, the exact rate of Dearness Allowance to paid from January 2016 is 125%. 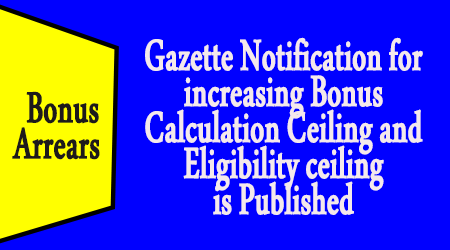