You are here: Home / Latest CG Employees News / bonus ceiling / There is a proposal to increase the eligibility limit and calculation ceiling: Shri Bandaru Dattatreya

There is a proposal to increase the eligibility limit and calculation ceiling: Shri Bandaru Dattatreya

Shri Bandaru Dattatreya, the Minister of State (IC) for Ministry Labour and Employment in reply to a question in Lok Sabha today stated that there is a proposal to increase the eligibility limit and calculation ceiling under the Payment of Bonus Act, 1965.

The minimum wage in the country may not be comparable to those of developed countries owing to differences in exchange rates, purchasing power parity of local currencies, etc. Also under the provisions of the Minimum Wages Act, 1948, both Central and State Governments are appropriate Governments to fix, review and revise the minimum wages of the workers employed in the scheduled employment under their respective jurisdictions. As regards minimum wages in States, there is disparity due to variations in socio-economic and agro-climatic conditions, income, prices of essential commodities, paying capacity, productivity and local conditions. However, as per the available information, a statement showing the range of rates of minimum wages in all the States/Union Territories is enlisted here. 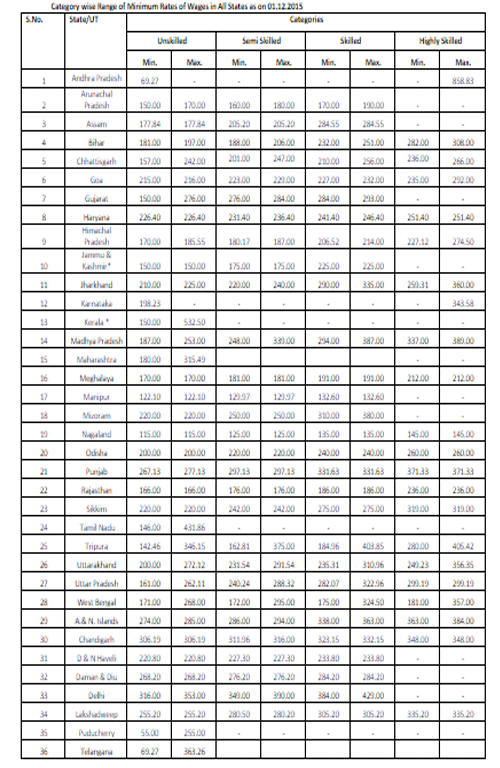 The Labour bureau has revised the Base Year for new series of AICPIN for Industrial Workers. Accordingly the DA Calculator from January 2021 has been updated

No. 21/3/2020-E.II (B)Government of IndiaMinistry of FinanceDepartment of Expenditure North Block, New Delhi.Dated the 1st December 2020. OFFICE MEMORENDUM Subject: Clarification regarding admissibility of Transport Allowance during Nation-wide Lockdown due to COVID-19 pandemic. 1. The undersigned is directed to refer to this Department’s O.M, No. 21/5/2017-E. (B) dated 07.07.2017 regarding grant of Transport Allowance to […]

The India Post Payments Bank of the D/o Posts, in coordination with Jeevan Pramaan NIC team, Ministry of Electronics & Information Technology (MeitY) has launched the “Doorstep DLC service” for pensioners

In calculating overtime allowance under these orders, the actual time taken for lunch break should be deducted from the total hours for which the staff concerned is eligible for the allowance